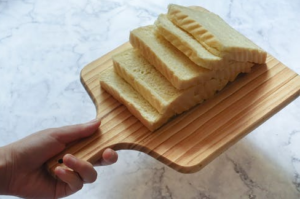 Bread is an important foodstuff in everyday life. A healthy, balanced diet is the foundation of good health, and nutritionist and most health professionals recognize that bread should be part of a healthy diet. However, for multiple reasons the consumption of bread has been declining across the EU in the last decades. Some global population trends might influence bread consumption, such as younger consumers who on a daily basis eat less bread. But nowadays, yeast-raised goods are also exposed to attacks by many influential self-proclaimed health and wellness gurus having misconceived ideas. Here are the real facts about baking products and baker’s yeast, hopefully helping to debunk some popular beliefs.

MYTH #1 – BREAD CAN BE MADE WITHOUT YEAST

Yeast plays a key role in the baking process. As some misconceptions pertain to the yeast itself, some consumers tend to seek bread marketed as “yeast-free”. The truth is that yeast is necessary to leaven the bread dough. The fermentation is a key process in bread making and yeast is essential for the fermentation process to occur. Fermentation from yeast is a natural process. Doubts related to the ‘’naturalness’’ of yeast and bread production may arise when the latter is produced at an industrial scale. However, the fermentation process remains the same. It uses a single celled living organism which belongs to the taxonomic class of the fungi, yeast. Yeast uses various raw materials from the dough, mainly carbohydrates, and converts these constituents into different compounds, including carbon dioxide (CO2). This process known as fermentation allows for expansion of the dough during bread manufacturing. In addition to playing a key role in the leavening of dough, yeast also contributes the enjoyable sensory attributes of bread (texture, aroma and taste). Yeast is more than just a leavening agent. Baker’s yeast is sometimes mistaken with baking powder, which is interchangeably called “chemical yeast”. Baking powder has a leavening power but it uses a complete different chemical reaction. The sodium bicarbonate and tartaric acid which are found in baking powder react together to produce CO2 which allows dough to expand. Baker’s yeast also plays a key role in the leavening of dough, but it also provides bread with a unique taste, helps with its digestibility and contributes also to its nutritional quality. Indeed, the following table shows the proportion of certain micronutrients provided by yeast in regular bread prepared with fortified flour.

Adhering to a gluten-free diet for alleged health reasons is very fashionable these days and therefore attracts a lot of media attention. This trend of eliminating from the diet all gluten containing cereals, the byproducts of these cereals and products made from these by-products has certainly also contributed to the decline of bread consumption. Defining Gluten – Gluten is a protein found in wheat, rye, barley, triticale and their derivatives. Gluten includes two different types of protein, glutenin and gliadin which are respectively responsible for the elasticity and extensibility of the dough. When baking, gluten starts to form during the mixing process as the protein network develops and traps gases produced during fermentation, allowing the dough to expand, while maintaining its shape. Different levels of gluten sensitivity – There are different types of sensitivity to gluten and different degrees to which one can be sensitive to gluten. The two main types of gluten sensitivity are known as coeliac disease and non-coeliac gluten sensitivity. About 1% of the population has coeliac disease, which is defined as an autoimmune disorder. For these individuals, ingesting gluten containing foods results in damages to the small intestine. The only treatment for this disease is a complete and lifetime withdrawal of gluten containing foods. A larger group of the population (about 10-15%) has a non-coeliac gluten sensitivity, also called gluten intolerance. A gluten intolerance results in various degrees of gastrointestinal symptoms (pain, bloating, abdominal distension). For such type of reaction, gluten may not be at cause. Indeed recent studies are starting to demonstrate that the gastrointestinal symptoms that are seen when ingesting gluten containing foods may be explained by a different compound than gluten. The suspected compound would actually be fructan, a short chain carbohydrates of the family of fermentable oligosaccharides, disaccharides, monosaccharides and polyols (FODMAPs). Fructans are oligosaccharides found in wheat, rye, but also in various vegetables like onions, broccoli and cabbage. During baking, it is possible to reduce the concentration of fructans in the dough by allowing a longer proofing time or using a sourdough fermentation process. When more time is allocated to the fermentation process, the levels of fructans are naturally reduced.